Harnessing the power of peer recommendations in the sharing economy 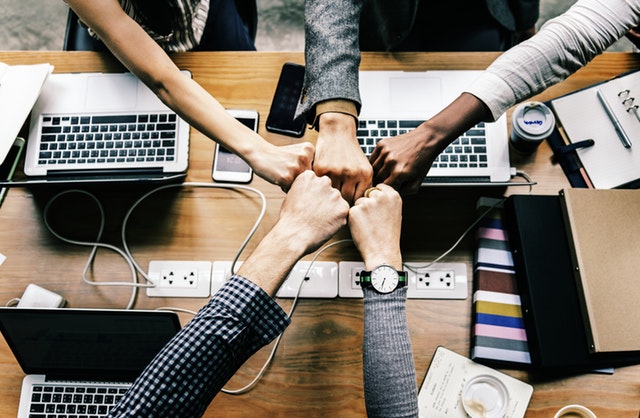 As readers of this blog will know, I am a huge fan of the sharing economy, having written about its utility on numerous occasions. Last week, I was proud to announce that AnyGood? has been granted membership to the Sharing Economy UK – the trade body committed to championing businesses that operate under a shared economy model. This week, following on from a piece I wrote for AMBA, (The Association of MBA’s), I would like to expand on how professionals can harness the power of their network as the shared economy drives disruption.

The use of peer-to-peer recommendations has been on the up in recent years, as trust in institutions and corporations falls. In early 2018, the Harvard Business Review reported a survey in which fewer than half of participants globally said they could trust businesses, the media, government and non-government organisations – including charities. On the other hand, 60% of respondents agreed that you can believe ‘a person like yourself’ – ranking your peers on a par with a technical expert or an academic when it comes to trust.

What this indicates is people are far more likely to believe peer appraisals than those with a vested interest in endorsement. For this reason, recommendations and reviews, such as those on TripAdvisor, and Glassdoor have become a critical way for individuals to decide whether to trust a business. Potential jobseekers place a large premium on these reviews, with research showing that the majority read at least six before forming an opinion of a company. This has also translated into the sharing economy. Platforms such as Airbnb and Purplebricks remove intermediaries such as estate and travel agents, and allow users to deal directly with each other, creating more transparency and honesty. Instead of suppliers persuading customers to part with money, individuals can now rely on the star ratings and review systems provided by users of the platforms. With the sharing economy rapidly gaining momentum now is the time for professionals to stand up, take note, and join the movement.

As the sharing economy continues to disrupt industries, there is one sector that I believe is ripe for change: recruitment. In my 20 years as a programme director, I worked on a number of large-scale change projects which necessitated hiring a number of professionals. My experience of the traditional hiring process was almost completely negative. I was constantly presented with applicants that didn’t match my requirements, yet time and time again recruiters tried to convince me otherwise. More to the point, I was charged exorbitant fees for very little value in return. The agencies I used lacked honesty, transparency and integrity.

Monetising your network through the sharing economy

This is the reason I founded the crowdsourced talent platform, AnyGood? which enables individuals to recommend people they know personally or professionally for roles. Perhaps more importantly, though, our aim is to put the control back into the hands of individuals and ensure they reap the rewards of joining the shared economy.

Yes, we are disrupting the recruitment industry for the sake of equality, fairness and honesty, but we are also empowering those on the platform to monetise their network. We pay a finder’s fee to anyone referring an individual who is successfully hired, with members receiving a £1,500 share of the fee, and enjoying an additional 10% profit share in AnyGood? based on their activity and value to the platform.

The model works, and I believe it’s because people are more likely to trust a platform that is willing to share commercial gain with its members. And it’s only logical that businesses are more likely to find a good fit if the individual they hire comes recommended by someone who already knows them in a professional capacity.

By introducing AnyGood?’s system to hiring, we can not only create a fairer, equitable process, with trust boosted at every level, we can also enable people to harness the powers of their own networks. Instead of having thousands of LinkedIn contacts, or a phone full of valuable connections just lying dormant, with AnyGood? you can help them out by recommending them for select roles while also benefitting financially. What we’ve tried to create is a win-win situation for all involved, from hiring managers to candidates and members, and this is a very exciting thing to be a part of.

Ultimately, it’s going to be interesting to see which sectors will be affected by the sharing economy in the future. However, I think disruption will be driven by consumers’ growing demand for businesses and services which they see as trustworthy and ethical. This is the reason that peer recommendations have such potential for use in the shared economy, and the reason for our model of choice at AnyGood?